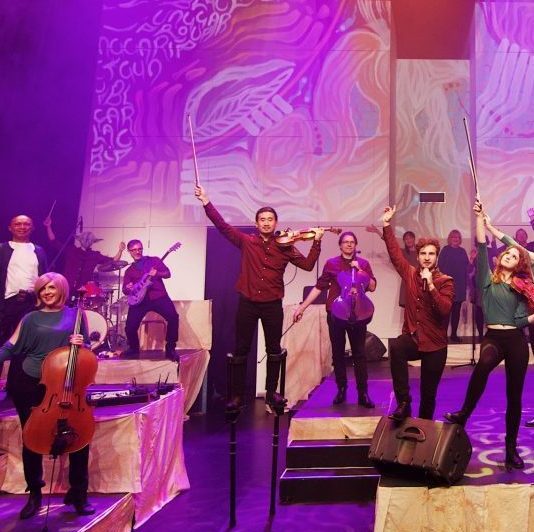 Our Place explores the ever-changing relationship between neighbours and our connection to place. Neighbouring arts companies DeepBlue and The Queensland Choir’s contrasting performance styles combine, framed by innovative visual design and interactive technology.

Featuring acclaimed didjeribone performer Tjupurru, and Digi Youth Arts actors, direction and design, this is a unique collaboration; an insightful piece of living, breathing art. With lush strings, fat beats, exquisite voices, and immersive visuals, Our Place weaves stories from the Indigenous connection to country, to the suburban ‘Australian Dream,’ to the rising popularity of inner-city apartment living in an astounding musical and artistic collaboration.

See the Our Place ArTour Presenter Pack or Our Place Show Website for more details about the show, or get in touch if you'd like to find out more!

Our Place premiered at the Queensland Music Festival in July 2019.

We commissioned work from the following seven talented composers to help tell the story of Our Place.

Singing Across the Treetops – Corrina Bonshek
Part of Corrina Bonshek’s Song to the Earth is inspired by patterns of unity and diversity, and cycles of life, death, rebirth and renewal. It speaks to a heartfelt need to care for our planet. The performance featured Evan Setiawan, Greg Olley and Toukie Wood on violin.

Can You Feel the Sun – Zinia Chan
Zinia Chan composed this piece based on the poem, Acknowledge by Roxy Jones, a Digi Youth Artist.

A Good Place to Live – Robert Davidson
Robert Davidson composed this piece using the recordings of elder Aunty Ruby who grew up in the Kelvin Grove area, and Joan Bradley, a minister’s wife who lived locally.

Five to Nine – Richard Grantham
This tribute to the joys of leisure time (hence the cryptic title) was composed by Richard Grantham, drawing its inspiration from the multiple-note horn of our tour bus in India! Featuring soloists Sophie Ellis (viola), Evan Setiawan (violin), and Emma Hales (cello).

Who is Thy Neighbour – Greg Olley
Greg Olley composed this piece in which the didgeribone acts as the conductor of the orchestra. Phrases are passed around the ensemble in a free flowing state until the introduction of a pulse based upon western musical ideas. The lyrics are taken from a hymn written about the importance of caring for one’s neighbour.

Ancestor – Tjupurru
Tjupurru’s ancestral songloops are played on his Didjeribone, which was invented by Charlie McMahon.

Wave Motion – Phill Wilson
Long-term DeepBlue collaborator, Phill Wilson’s thoughts on his composition Wave Motion;
Musically, I’m seeing people in separate rooms of an apartment block, all playing the same line of music, but not in sync with each other. This piece makes use of cannon and iso rhythms to create a micro-polyphony. I’m not using homophonic textures (block chords) – but rather letting the canons create their own harmony. 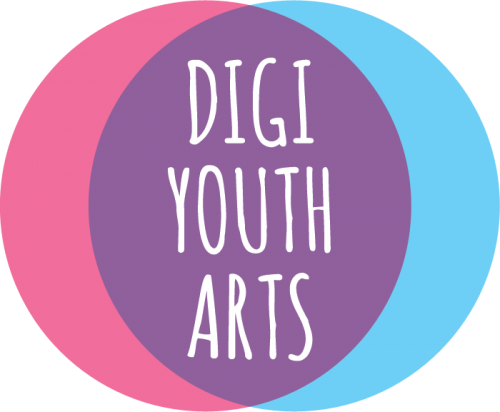 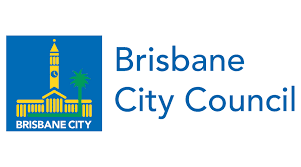 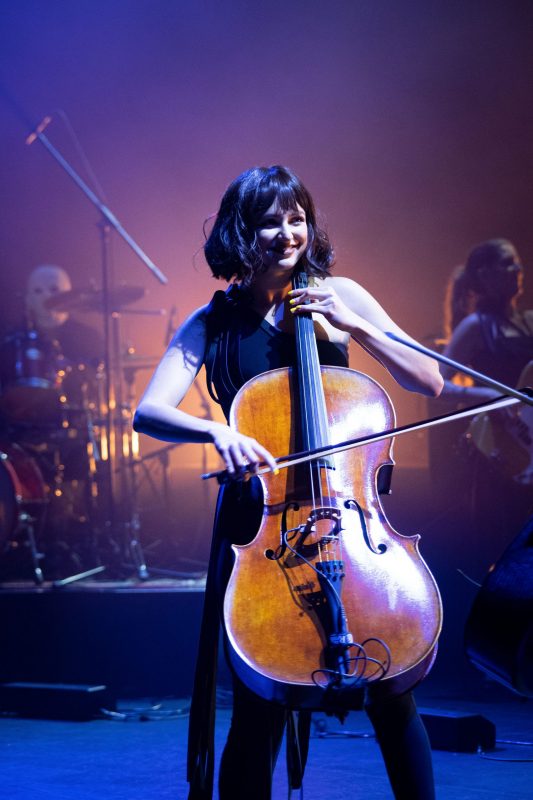 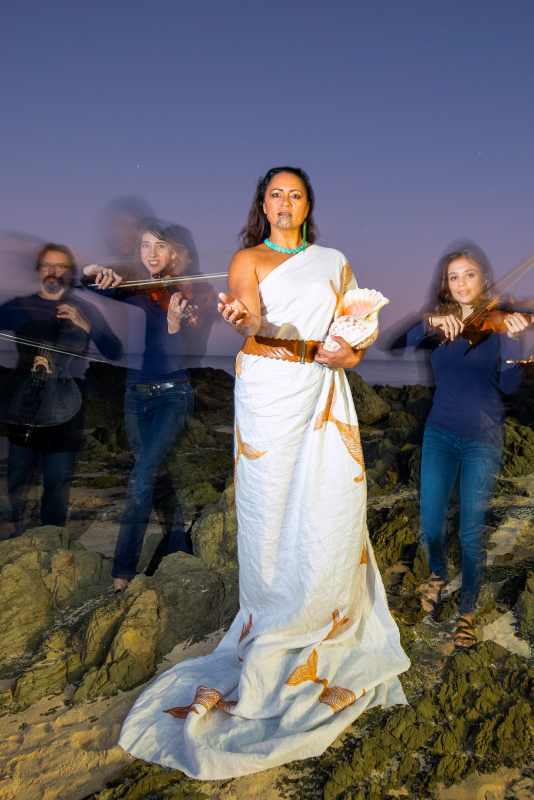 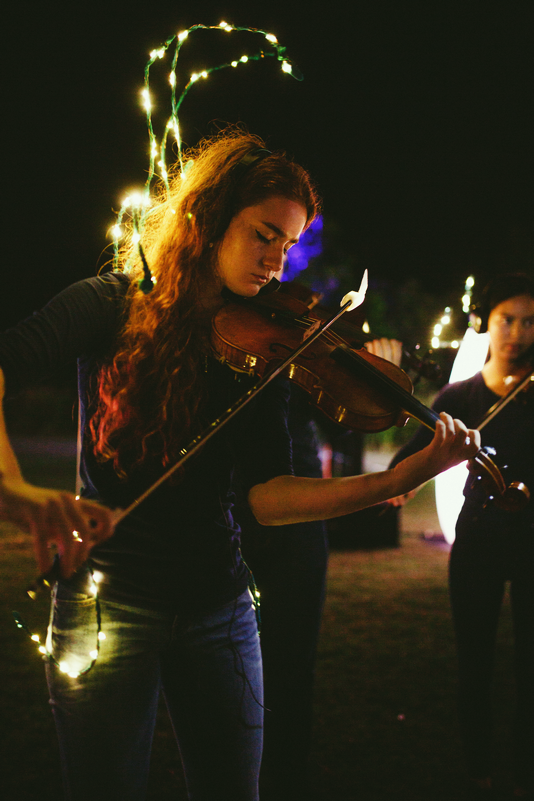 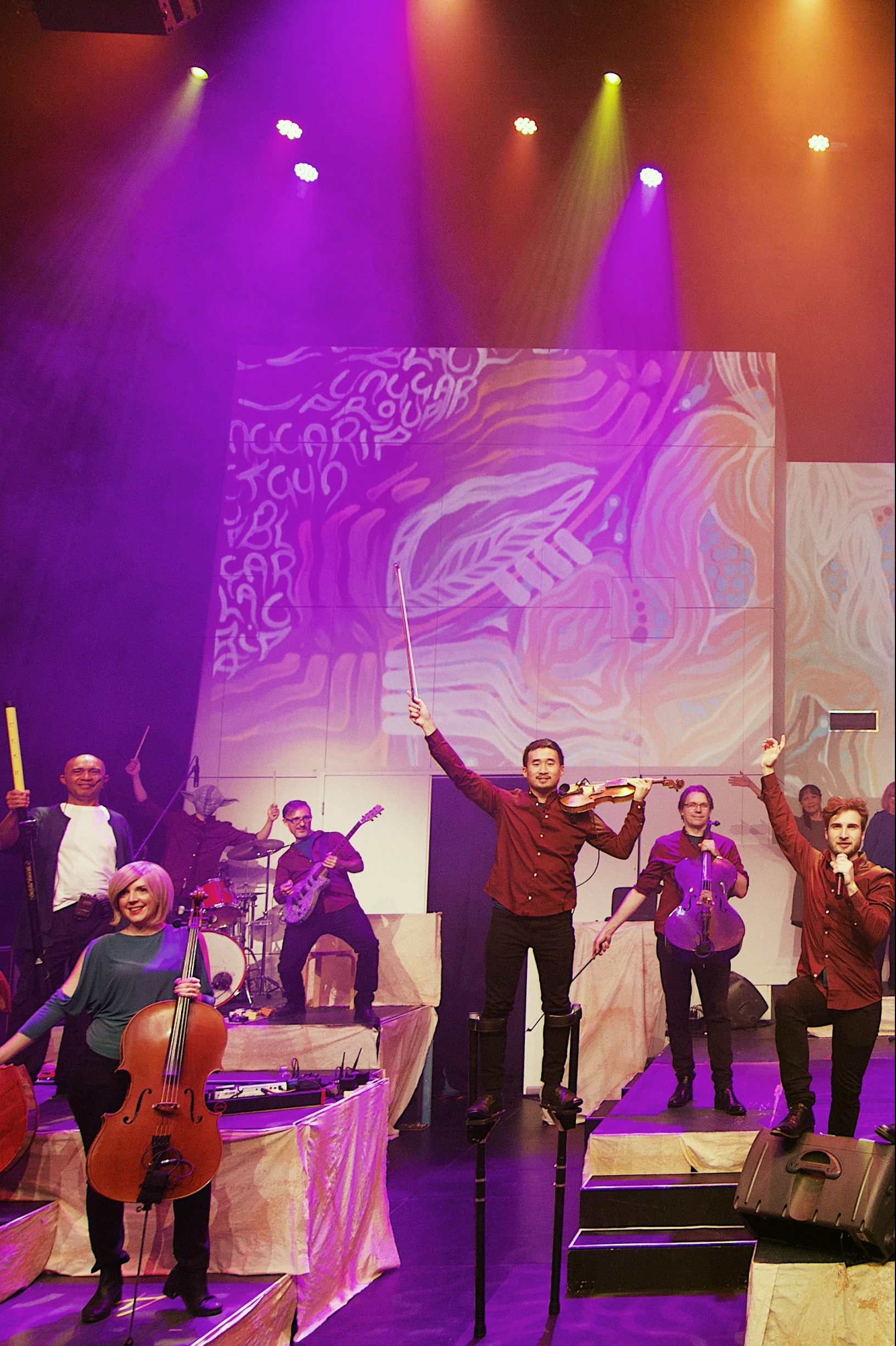 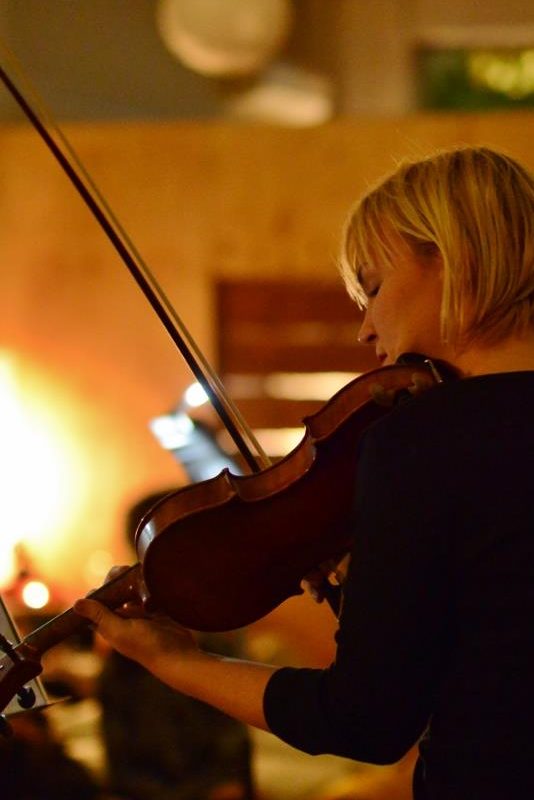 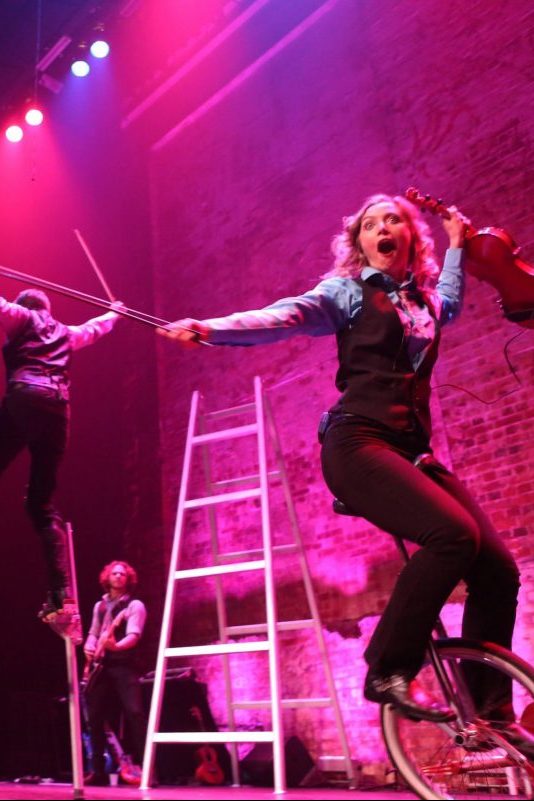 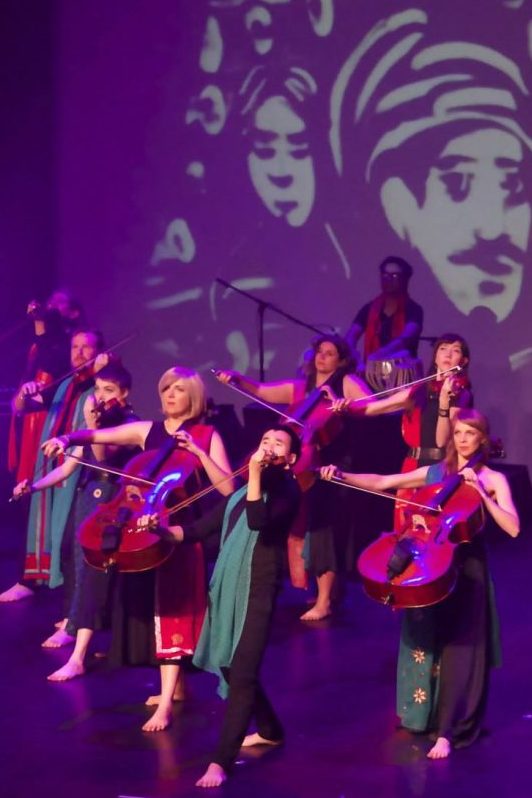 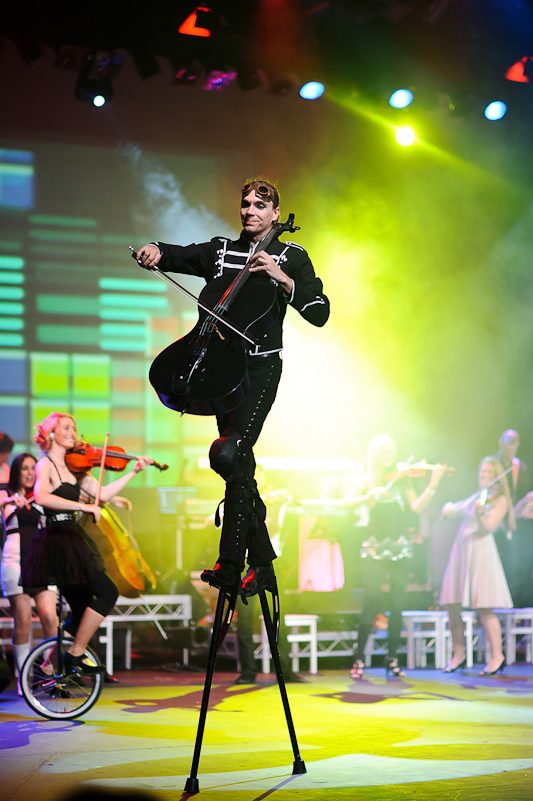 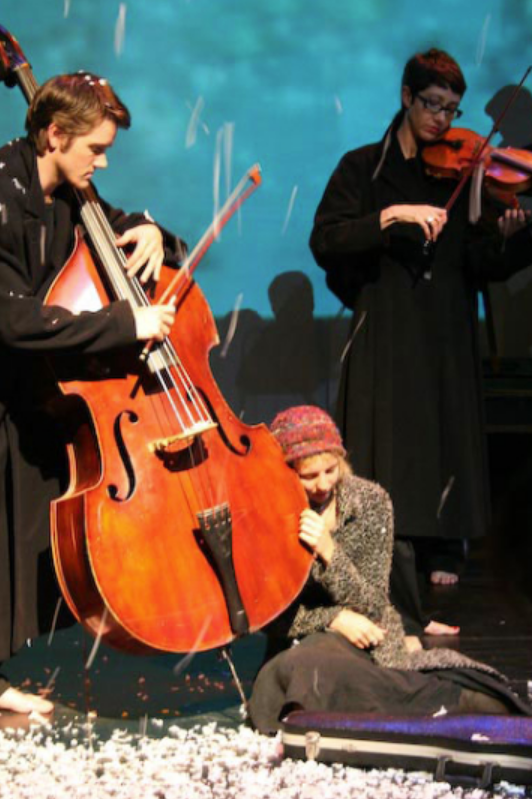